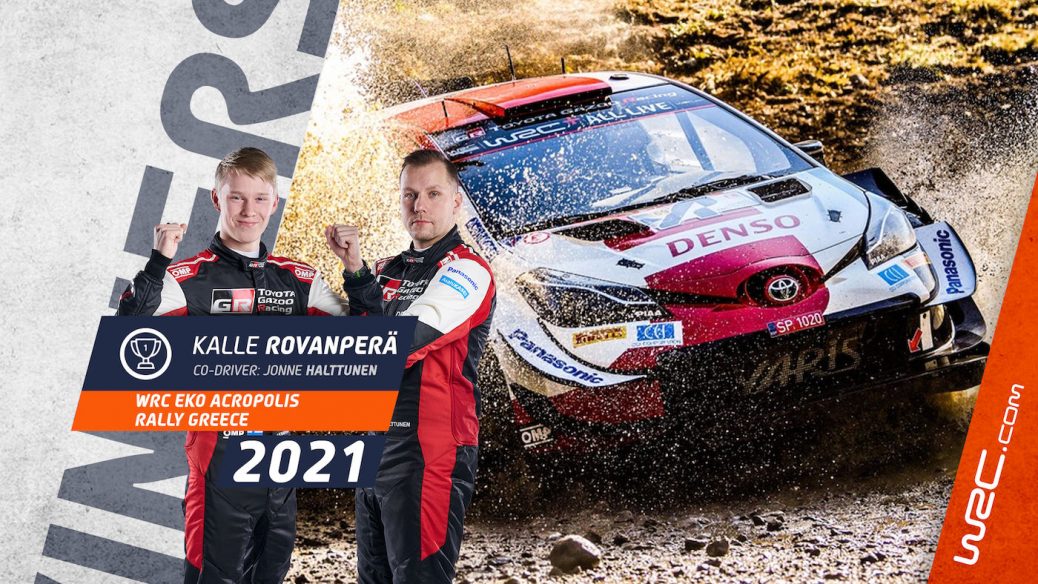 Twenty-year-old Kalle Rovanperä landed his second FIA World Rally Championship event win on Sunday afternoon after dominating EKO Acropolis Rally Greece. The victory came two months after he became the youngest WRC winner in history in Estonia. Ott Tänak finished second in a Hyundai i20 after a late scare, with championship leader Sébastien Ogier driving a measured rally to finish third in another Yaris, a further 29.2sec back. Rovanperä took the lead in the third speed test on Friday morning and was never headed. He, Tänak and Ogier were covered by 3.9sec on Friday night but a blistering turn of speed on Saturday delivered four straight stage wins and carried him almost 40sec clear. Fourmaux incurred a three-minute penalty when his car would not start before Sunday’s opening stage.