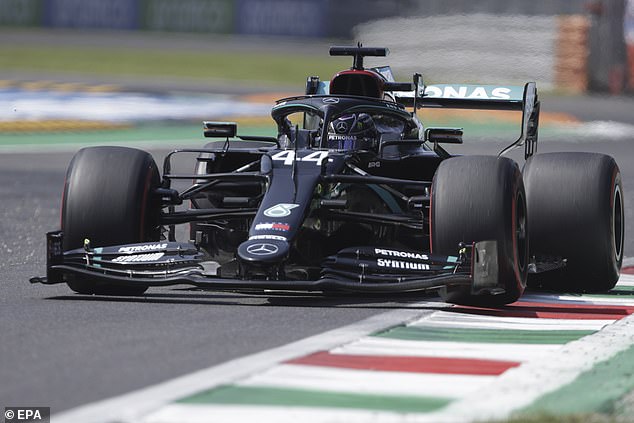 Lewis Hamilton produced the fastest lap in history to take pole position for the Italian Grand Prix – as Ferrari endured another humbling on their own Monza track. Hamilton and Bottas are having one final go at a hot lap now. Bottas is being wary not to give Hamilton a toe now, with Hamilton due to return the favour on the second flying lap. Valtteri Bottas has set a new track record with 1:18.952, Hamilton can’t better that. The Finn sets a time of 1:19.417, better than Hamilton’s time in Q1. Hamilton ends Q1 the fastest driver, with Bottas following behind in second. Hamilton is a huge half a second clear of Sergio Perez in third. But here comes Hamilton who puts his Mercedes top with a time of 1:19.539.