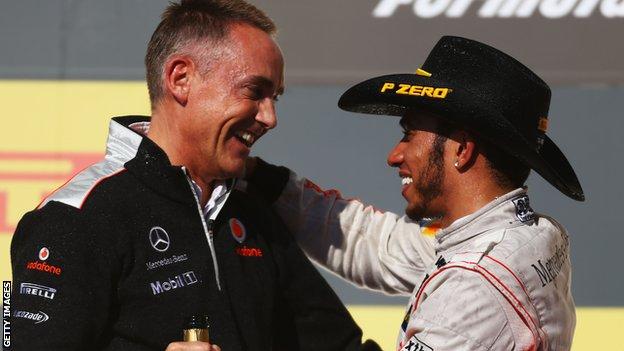 Former McLaren boss Martin Whitmarsh is returning to Formula 1 with the Aston Martin team. The 63-year-old is to oversee Aston Martin’s F1 project as chief executive officer of a newly established company, Aston Martin Performance Technologies. Aston Martin F1 CEO and team principal Otmar Szafnauer will report to Whitmarsh, with both men answerable to Aston Martin owner Lawrence Stroll. Whitmarsh is “the ideal person” to lead Aston Martin to success, Stroll said. Aston Martin Performance Technologies will be similar in nature to equivalent, well-established companies at McLaren and Williams which apply F1 expertise and technology to areas outside the sport. Whitmarsh’s appointment follows months of speculation that Aston Martin were looking for a senior manager to either replace or oversee Szafnauer at their F1 team. Aston Martin say Whitmarsh’s appointment is intended to be in addition to the current management structure of the F1 team and that Szafnauer will remain in his position as the day-to-day boss of F1 operations. “Martin’s arrival will allow me to put 100 per cent of my energies into making Aston Martin F1 team a winning machine.”.