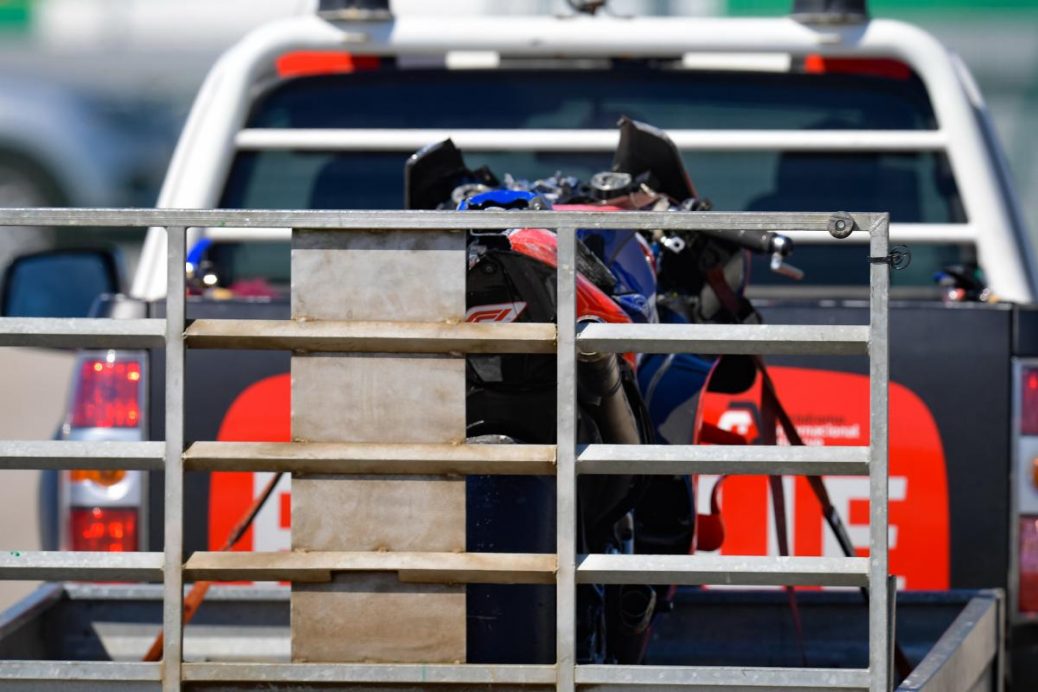 After suffering a Turn 7 horror crash in MotoGP™ FP3 at the Grande Prémio 888 de Portugal, Pramac Racing have confirmed Jorge Martin will undergo surgery in Barcelona “in the coming days.”. The Spanish rookie, who performed wonders to claim a maiden premier class pole and podium at the Doha GP, will have two operations: one on the metacarpus in his right hand, and one on his medial malleolus in his right foot. We wish Martin a speedy recovery and hopefully we’ll be seeing the Pramac star back on track in Jerez at the end of April. Of his seven podiums in MotoGP™, Suzuki’s World Champion has achieved four of them from outside the top two rows – he starts P9.