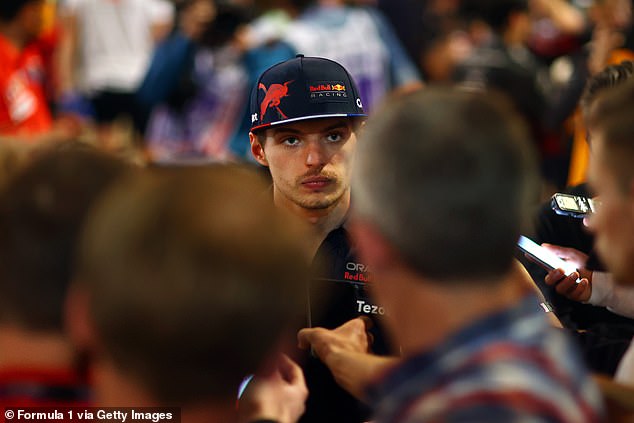 MARTIN SAMUEL: Red Bull leave Bahrain in disarray with Verstappen reporting car ailments that read like an unscrupulous mechanic hoodwinking an old lady… Hamilton may have needed to stuff his face into a nearby cushion to muffle the laughs

All week there had been a certain, well, let’s not call it smugness, about Red Bull. By the end of Sunday, Verstappen was snappy, the cars were in the garage needing work and Red Bull, and their drivers, had no points on the board. At which point, the first Red Bull, the one carrying the world champion, packed up. A functioning Red Bull car would have held off Mercedes; it would have given Verstappen a good crack at Ferrari, too. Yet of all the teams that had flagged problems — there is definitely something up with Mercedes, looking at all the teams that use their engines, too — Red Bull was not among them. They leave with their drivers already 26 points off Leclerc, their team 44 off Ferrari and 27 behind Mercedes.