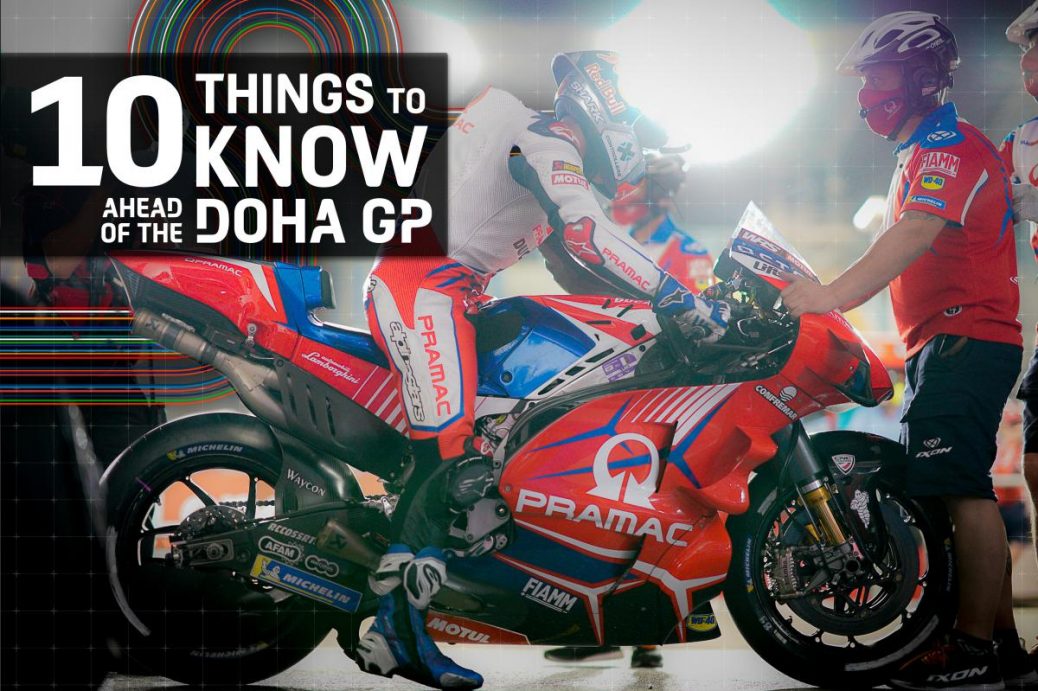 In his first MotoGP™ Q2 session, Jorge Martin (Pramac Racing) stunned the desert to take a wonderful pole position at the Tissot Grand Prix of Doha. Martin has qualified on pole position for the first time in MotoGP™, becoming the first rookie to qualify on pole in his second MotoGP™ race since Marc Marquez (Repsol Honda Team) at the 2013 Americas GP. The last time there were seven different polesitters in seven MotoGP™ races was from the 2002 Pacific GP to the 2003 Spanish GP. Polesitter last weekend, Francesco Bagnaia (Ducati Lenovo Team) has qualified sixth and will be aiming to stand on the podium for the first time in back-to-back MotoGP™ races. This is the second time there is no Honda rider inside the top 10 in qualifying in MotoGP™ at Losail, along with last weekend.