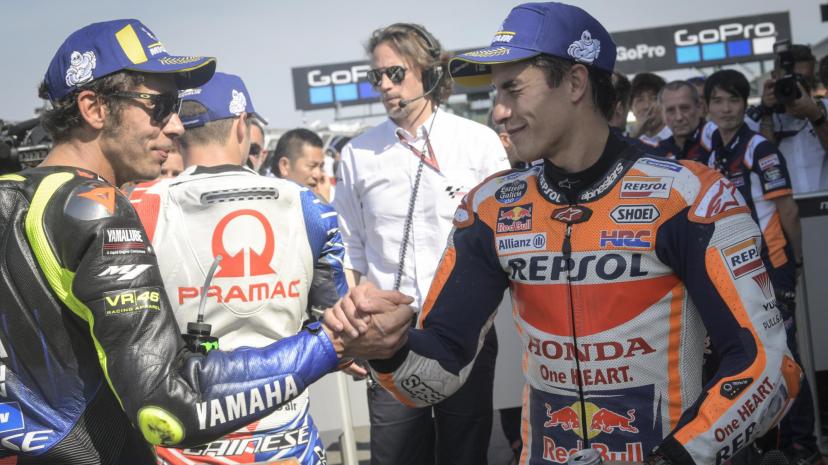 Repsol Honda Team’s Marc Marquez took pole number 60 of his career to steal P1 in a Q2 Silverstone stunner, as fellow multiple World Champion Valentino Rossi (Monster Energy Yamaha MotoGP) and Jack Miller (Pramac Racing) line up on the front row of the grid for the GoPro British Grand Prix after a scorching Saturday afternoon.
Q2 got underway in stunning Silverstone sunshine and the pace on track was scintillating.
Needing a lap time, Rossi had to go, as Marquez and Miller slotted into Rossi’s tow.
A Q2 treat sees Marquez vs Rossi take centre stage, but there’s plenty of challengers waiting in the wings.