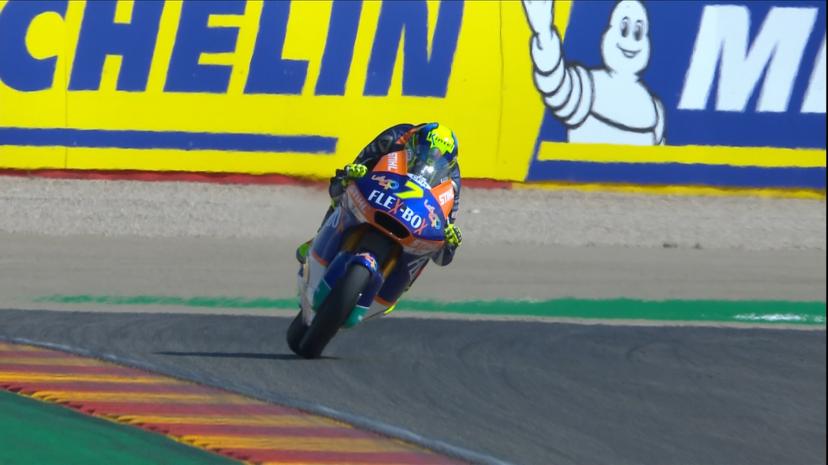 His lap time wouldn’t be able to better Marquez, but the number 40 was in touching distance as he leapfrogged to P2.
Luca Marini (SKY Racing Team VR46), second after Free Practice, then shot himself up from P11 to third behind Fernandez, the latter again improving.
The leading contenders rolled out of their laps and despite not being able to improve on his second run, pole position was Marquez’.
Tensions are building in the Moto2™ Championship fight as Fernandez aims to continue his hunt on Marquez in the standings.