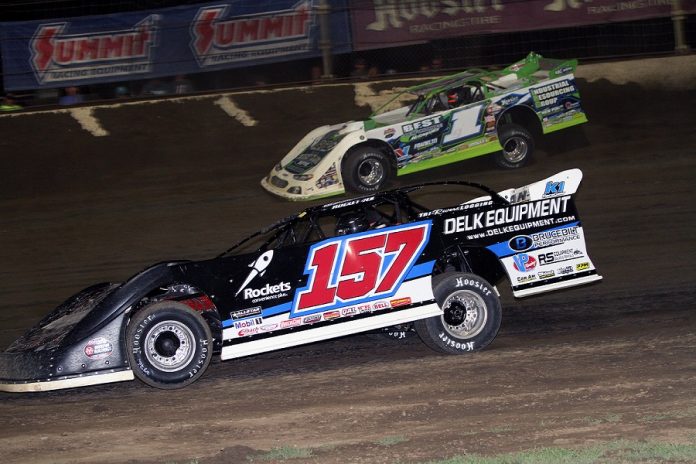 UNION, Ky. – Mike Marlar passed race leader Brandon Overton on the final lap to win Thursday night’s Sunoco North-South Shootout at Florence Speedway. Marlar’s late race dramatics earned him his first Lucas Oil Late Model Dirt Series win of the season. In a race slowed by only one caution flag, Owens was dominant for most of the race until Overton and Marlar caught him with five laps to go. Overton squeezed by to take the lead on lap 47, but a daring last lap pass propelled Marlar by Overton to pick up his first late model victory at Florence. When you race with the Lucas Oil Series it’s the best competition in the country. “I had a tire going down at the end,” Overton said.