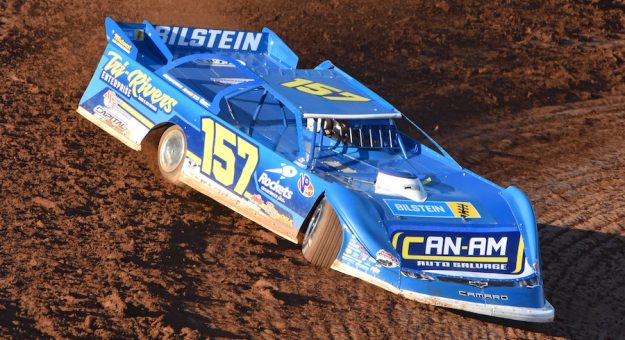 SARVER, Pa. — Mike Marlar overtook race leader Ashton Winger on lap four and held off a furious late-race charge by Brandon Overton to win preliminary night No. Marlar had Pearson and Overton breathing down his neck in the race for the lead. When the race went back green Marlar steadily pulled away from the battle for second between Pearson and Overton. Overton eventually cleared Pearson for second and set his sights on Marlar who was having to negotiate heavy traffic in the waning laps of the race. It was definitely an awesome race track we used every bit of it, on the bottom, the top, the middle, and everywhere. “We definitely put ourselves in a good position on the first night,” Overton said. Overton seemed to be pretty good through the middle and Marlar was good around the top there and I just stayed around the bottom.