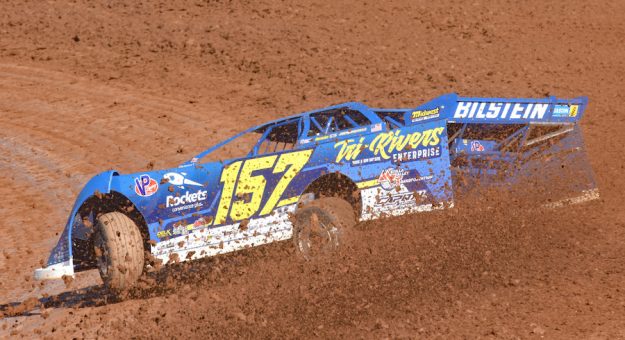 Marlar Doubles Up At Lernerville

SARVER, Pa. — For the second night in a row Mike Marlar won a preliminary feature at Lernerville Speedway. Marlar took the lead from Ricky Thornton Jr. on lap 14 to score the Lucas Oil Late Model Dirt Series win on Friday night, while setting himself up for a good starting spot in one of the six heat races to be contested Saturday night for the 16th annual Firecracker 100 Presented by Big River Steel paying $50,000-to-win. Thornton, who led the first 13 laps from the pole finished in third. Thornton and O’Neal started on the front row and paced the field for the first four laps until Marlar took over second from O’Neal on the fifth circuit. He (Marlar) was really good through the middle just like T-Mac was.