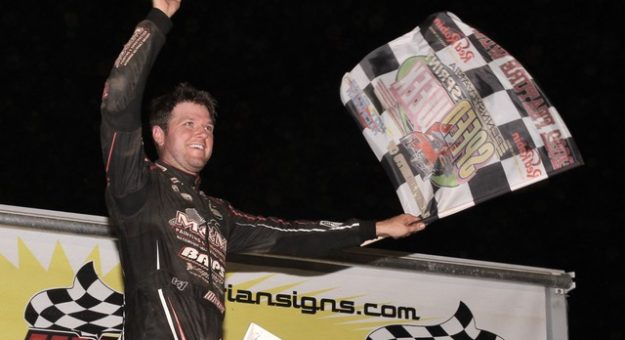 Marks Does It Again At Port Royal

PORT ROYAL, Pa. — Brent Marks won his second consecutive Pennsylvania Speedweek sprint car feature Wednesday night at Port Royal Speedway. Marks started outside the front row and took the lead early on in the 30-lap event and led throughout to earn the $7,000 top prize. It was Marks’ eighth sprint car victory of the season, including three with the World of Outlaws and two with the All Stars. Marks held off the father-and-son pairing of Mike and Logan Wagner for the victory, while Lance Dewease and Justin Peck completed the top five. Mark Smith topped the companion URC sprint car feature at the half-mile track.