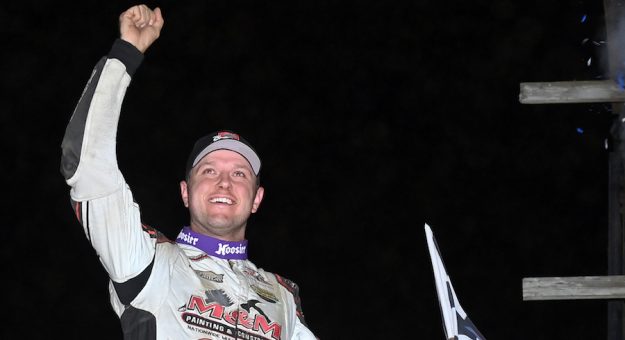 PORTSMOUTH, Ohio — Brent Marks flexed some muscle on Saturday night at Portsmouth Raceway Park, not only earning his second Tezos All Star Circuit of Champions presented by Mobil 1 victory of the season, but scoring $20,554 for winning the Dean Knittel Memorial that capped Cometic Gasket Ohio Sprint Speedweek presented by Hercules Tires. 19 was third just two laps prior, following Dietrich by race-long leader, Tyler Courtney, on lap 20, then taking command the very next circuit. Dietrich hung on to finish second, followed by Justin Peck, Tyler Courtney and Sam Hafertepe Jr. “Really, I was just trying to go where they weren’t,” Marks said. To get a Speedweek win is pretty special, and to win one like this is just incredible.