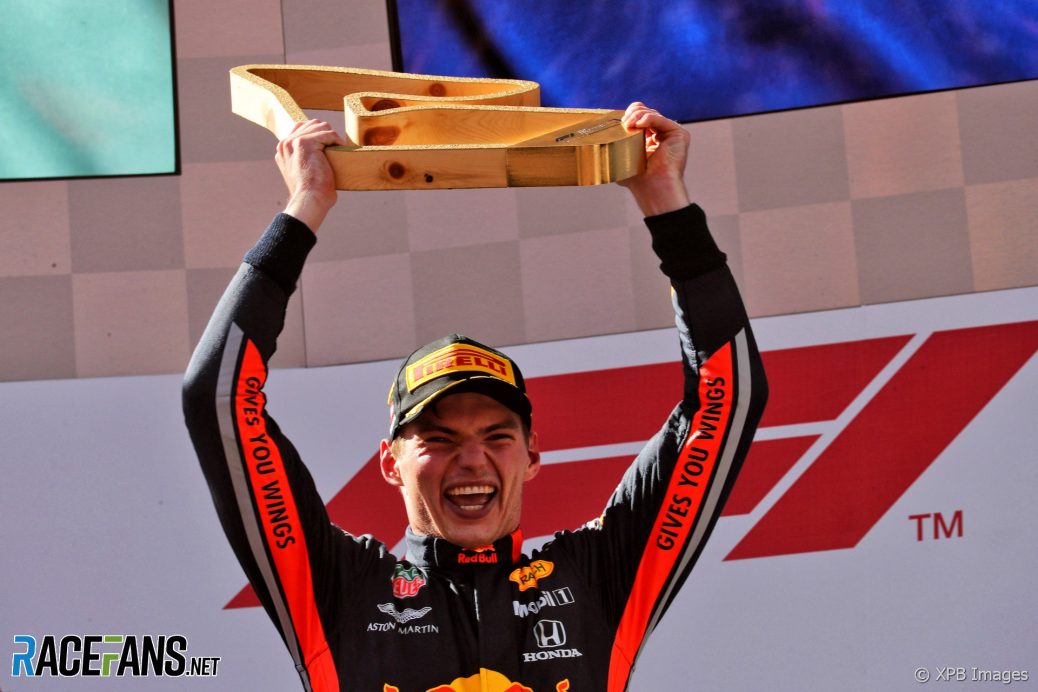 Red Bull F1 consultant Helmut Marko stands by his prediction the team will win five races this year following Max Verstappen’s victory in the Austrian Grand Prix.
Marko: “Also I have to say Honda gave us the 30 laps all the power we have.”
Marko: “So this win is far more exciting than if he would have done a proper start and maybe overtook just one for it.”
Marko said the team “don’t want to keep Max if we can’t provide him with a winning outfit.”
Marko: “[But] that’s the aim.”