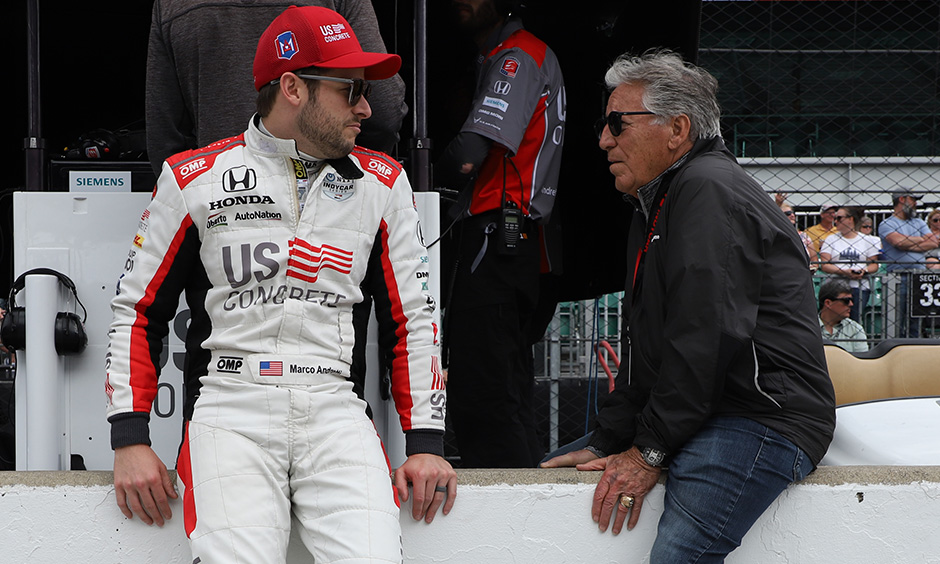 Mario’s greatest joy would be Marco in victory circle

How often did he think about what it would mean for grandson Marco to win the 103rd Indianapolis 500 presented by Gainbridge on the 50th anniversary of Mario’s only Indy 500 triumph?
Mario Andretti: “Marco is capable of winning this race.”
Marco: “As far as the pressure thing goes, that’s something that you should be honored to carry because I think you’re playing for something big.”
“It would take the 2,000-pound gorilla off my back, and I’d be able to just drive race cars,” Marco said.
“Marco loves that pressure,” Mario Andretti said.
Mario Andretti: “If it comes our way with Marco, that would be another bonus.”