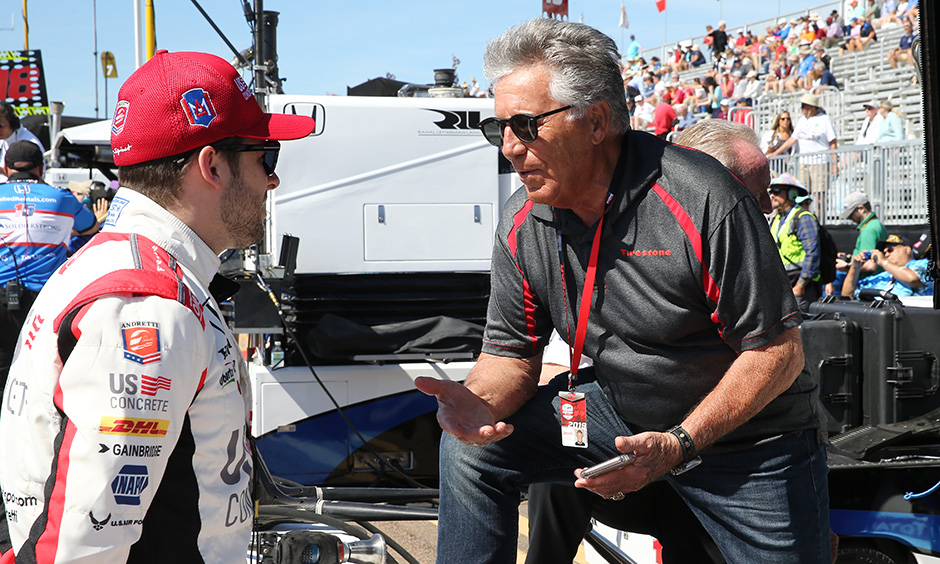 When Marco Andretti won the Indianapolis 500 presented by Gainbridge pole during the Fast Nine Shootout on Sunday at Indianapolis Motor Speedway, Grandpa Mario Andretti was so excited back in Pennsylvania that he pounded his fist on the table. By winning the pole for the Aug. 23 race, Marco restored the Andretti name to the top of the Scoring Pylon after qualifying for the first time in 33 years. The last Andretti to win the pole at IMS was Mario in 1987. As the fastest driver entering Sunday’s Fast Nine Shootout, Andretti was the last driver on the 2.5-mile oval to make his qualification attempt. “That was it, that was my concern,” Mario Andretti said. “I was as emotional as I’ve ever been,” Mario said. It’s a great day for us, for the team and for the family. “We’re proud of the opportunity and thankful for the opportunity,” Mario said. It’s not that Marco won the pole; it’s how he did it.