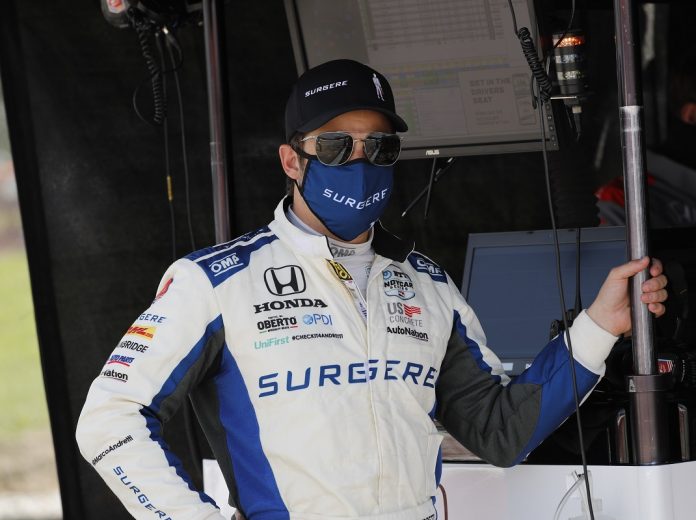 DAYTONA BEACH, Fla. – When he announced that he was cutting back from racing IndyCars full time this year to pursue other interests, Marco Andretti specifically mentioned sports cars as a possibility. Admitting he had “a lot of fun” driving a prototype for the first time in nearly a decade, Marco Andretti indicated that he and Jarett may be sharing the Ligier JS P320 in at least a couple IMSA WeatherTech SportsCar Championship races later this season. “Right now, they’re looking at The Glen and Road America,” Marco said. “I couldn’t say no to (Stewart) on that,” Marco said. “It meant a lot to me when he said, ‘We’ve got to make these races happen because it’s the closest thing I’m going to get to driving with my dad,’” Marco recalled of what Jarett said. The next IMSA Prototype Challenge race, in which Herbert and Jarett Andretti are slated to compete, is March 13 at Sebring.