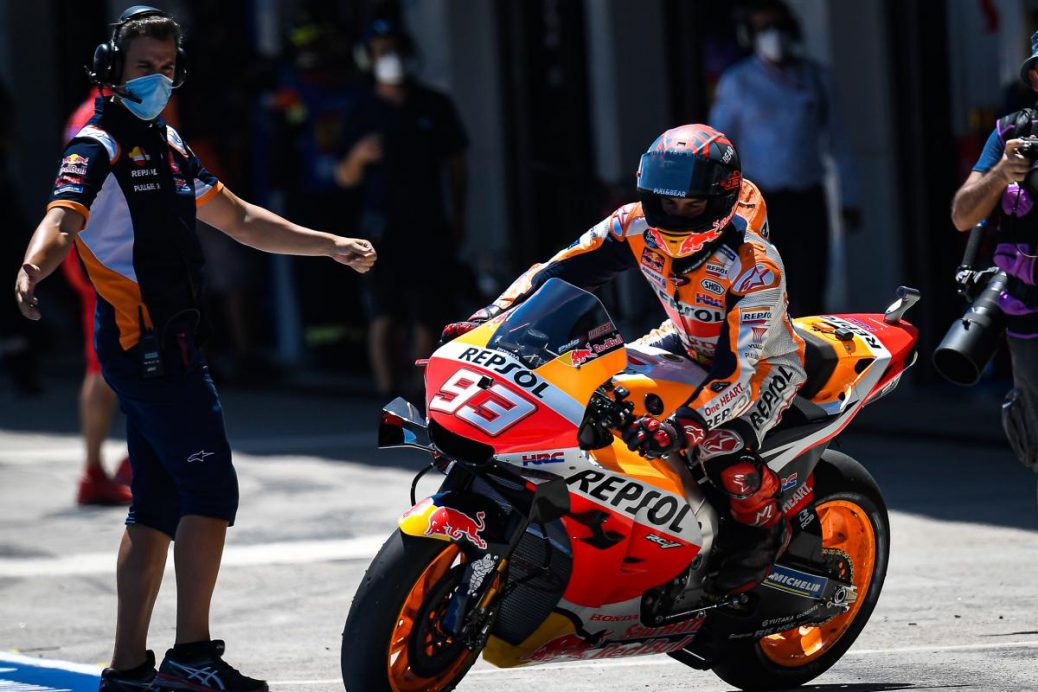 Marc Marquez to miss Valencia and Portimao, returns in 2021

Repsol Honda Team and Marc Marquez have confirmed that he will sit out the Gran Premio Motul de la Comunitat Valenciana and Grande Premio MEO de Portugal, meaning the eight-time World Champion will return to track action in 2021. The team confirmed that Marc Marquez, in conjunction with Honda, his Repsol Honda Team and multiple expert doctors, has elected to officially delay his return to action until 2021. Stefan Bradl will continue to partner 2019 Moto2™ World Champion Alex Marquez in Repsol Honda colours for the final two races of the year. The German rider and Alex Marquez will don the Repsol Honda Team colours at the first of two races in Valencia – the Gran Premio de Europa.