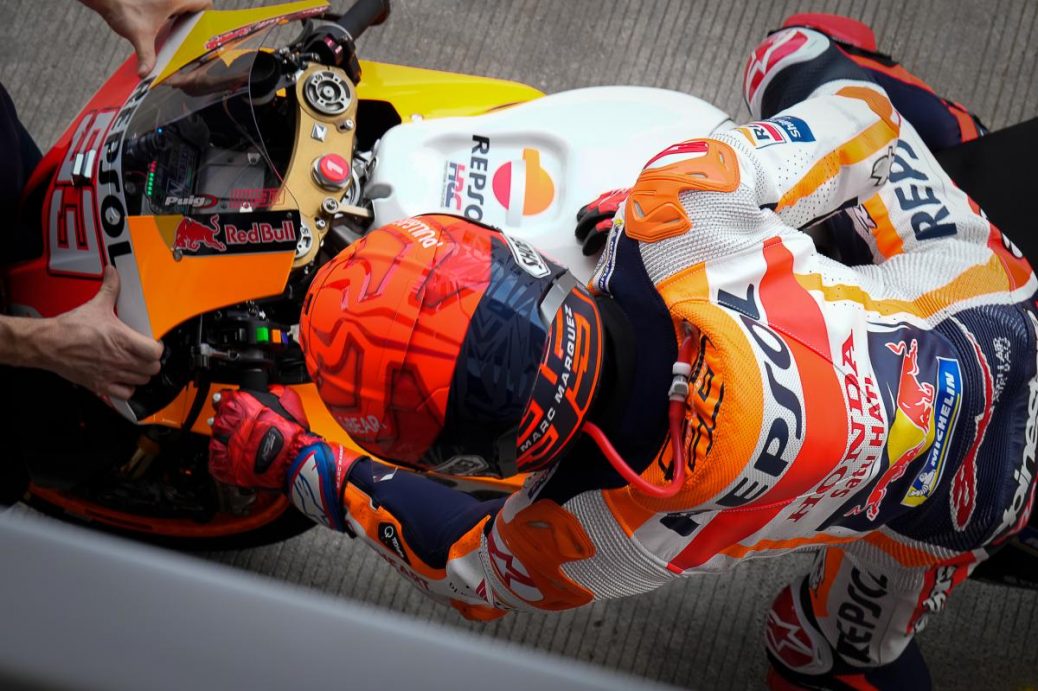 Marc Marquez on “one of the biggest” crashes he’s had

Thankfully OK after his huge Turn 7 highside in Warm Up at the Pertamina Grand Prix of Indonesia, Marc Marquez (Repsol Honda Team) has described his crash as “one of the biggest” he’s had. It was one of the most violent crashes we’ve seen in a long, long time, but fortunately, Marquez sustained no serious injuries from the 180km/h+ highside. After visiting a local hospital to undergo further checks on Sunday morning, Marquez, his team, and the medical team took the decision that he wouldn’t race in Indonesia, because of a concussion sustained in the fall. It was a really big crash in Warm Up this morning, maybe one of the biggest I have had,” said Marquez.