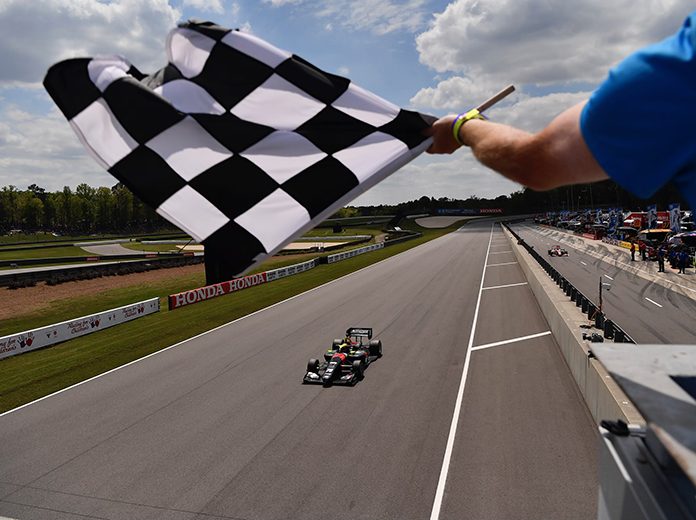 LEEDS, Ala. – Teenager David Malukas bounced back from a disappointing start to his season Saturday by claiming a dominant victory in Sunday’s second leg of the Indy Lights Grand Prix of Alabama Presented by Cooper Tires. Malukas became the sixth different winner during the opening weekend of the Road to Indy Presented by Cooper Tires open-wheel development ladder. After being taken out of Saturday’s race following a first-corner mistake from Andretti Autosport’s Kyle Kirkwood, Malukas today lined up one place higher up the grid as a result of claiming his first Cooper Tires Pole Award in qualifying on Friday. Malukas, who finished sixth in the Indy Lights Presented by Cooper Tires points table after his rookie campaign in 2019, took full advantage of both his inside front row starting position and his experience by maintaining his lead at the start. Finally, with just under five laps remaining, the tire let go at the crest of the hill in turn two.