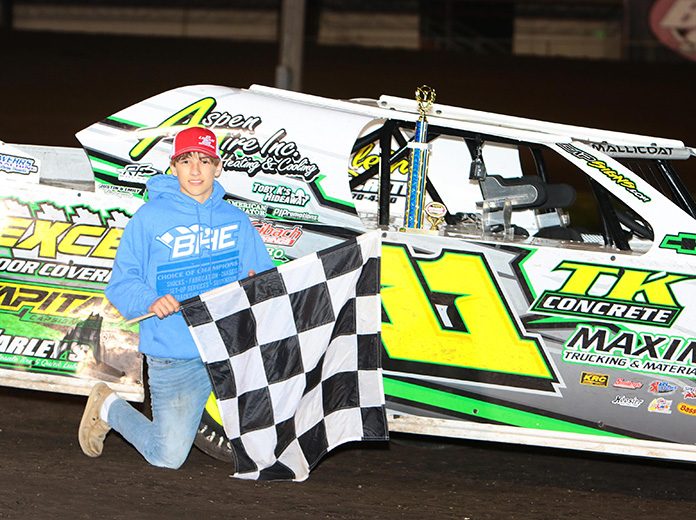 BOONE, Iowa – Izac Mallicoat’s first Karl Kustoms Northern SportMod championship preceded his first win in the IMCA division by not quite two weeks. The top driver in point standings for the four-race Frostbuster, Mallicoat won his first feature at hometown Boone Speedway on April 17, holding off Johnathon Logue. It was cool to get my first win at Boone, which I think is one of the hardest tracks to win at,” said Mallicoat, an eighth grader at Boone Middle School. Mallicoat was a grade schooler when he started racing go karts on dirt and asphalt, progressing to winged carts before getting his feet wet in a SportMod. Like every race car driver at every level, Mallicoat hopes many more such celebrations follow.