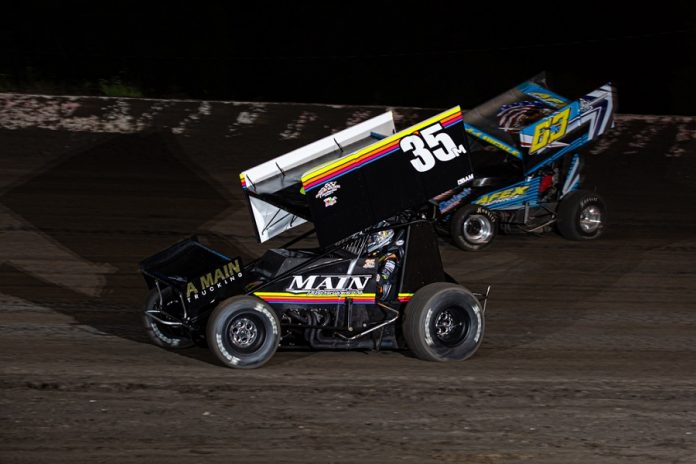 HANFORD, Calif. – Ian Madsen will head west this weekend and reunite with Main Motorsports for a Kings of Thunder 360 sprint car event at Keller Auto Speedway. Madsen is no stranger with the Main Motorsports team, as he competed with the squad at the 360 Knoxville Nationals at Knoxville (Iowa) Raceway, as well as during the opening leg of ASCS Sprint Speedweek in August. “I am excited to get back behind the wheel of the Main Motorsports car on Saturday night,” Madsen said. Madsen is coming off his last race weekend of the season with Sam McGhee Motorsports, during which he earned an eighth-place finish in the opening night of the Last Call at The Dirt Track at Charlotte.