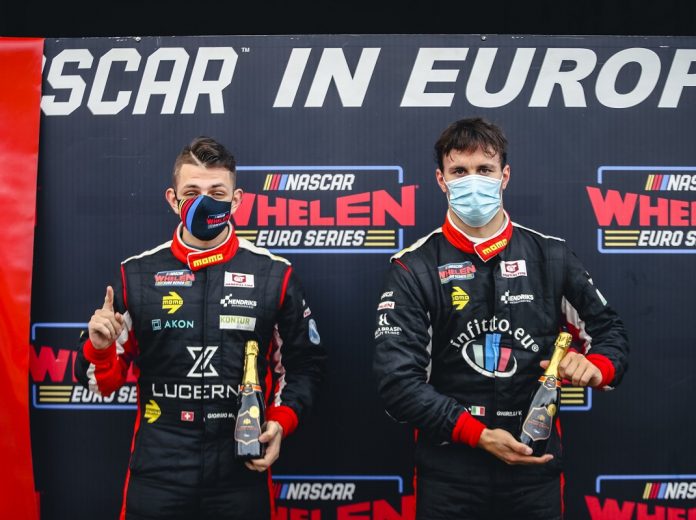 CAVLE, Croatia – The NASCAR Whelen Euro Series pole awards for the inaugural NASCAR GP Croatia were awarded on Saturday at Automotodrom Grobnik. Hendriks Motorsport’s Giorgio Maggi grabbed his first ever EuroNASCAR Pro pole position at the 2.59-mile, 18-turn circuit with a 1:29.754-lap and also topped the Junior Trophy standings. With many drivers waiting as long as possible for the track to fully dry, the Swiss managed to find the best line, completing 11 laps. The Belgian turned a lap of 1:29.870 in the closing stages of a frantic session at the wheel of his No. Longin has 8 laps on his tires before round five of the EuroNASCAR Pro championship. With nine laps on the track, DF1 Racing’s Nicolo Rocca followed in third, .177 seconds behind Maggi.