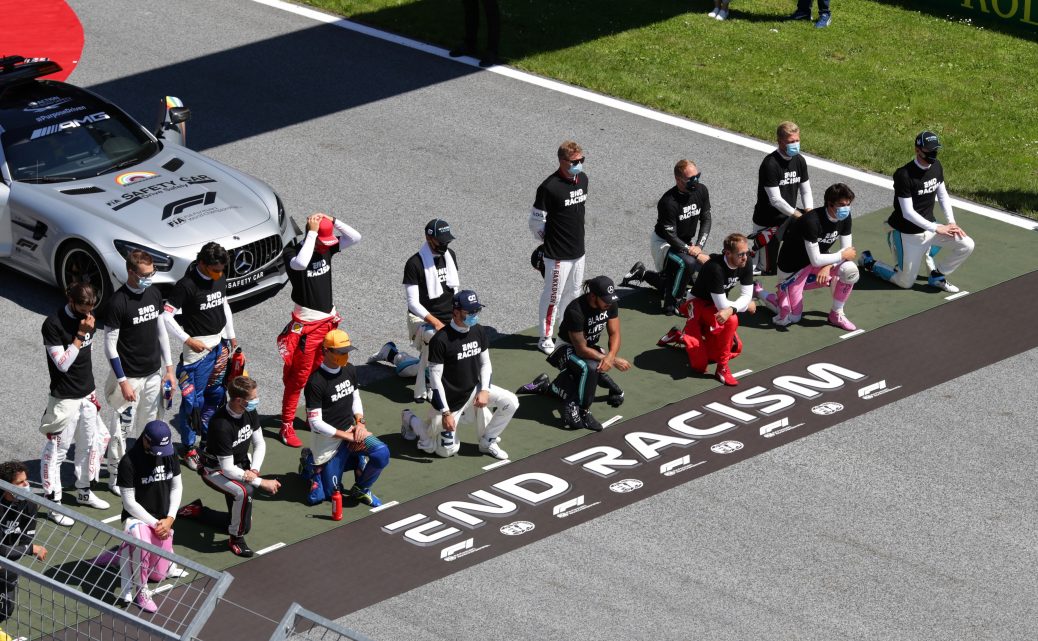 KEVIN MAGNUSSEN has explained why he did not take a knee ahead of the British Grand Prix last weekend – when he had done so in the previous three races. And ahead of the race this weekend, he says he now wants to separate himself from supporting a political organisation, but says he is committed to supporting the anti-racism messaging. “I support that movement, and not any sort of political organisation that I think the Black Lives Matter movement is. “I kind of just want to separate myself from that, and then push on with ending racism and that messaging, which I think is great that Formula One is doing and that all of the drivers are supporting.”. “I am really proud of all the drivers wearing the end racism t-shirts and I think there is progression.