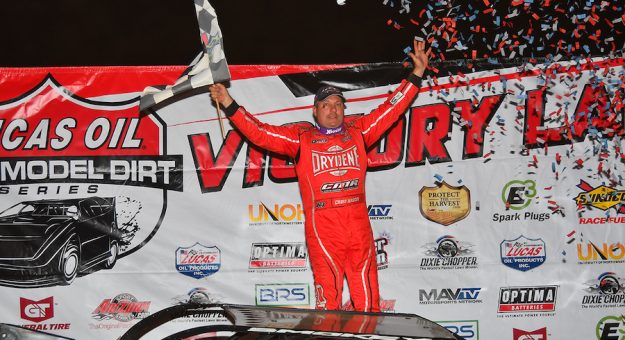 MARYVILLE, Tenn. — Chris Madden survived a late-race scare en route a $50,000 victory on Saturday night in the Lucas Oil Late Model Dirt Series-sanctioned Mountain Moonshine Classic at Smoky Mountain Speedway. Madden bolted from the pole position to grab the lead at the start of the 60-lap event. Davenport moved around Carson Ferguson on the second lap to take over the second position. Madden then began to put some distance between himself and the other contenders in lapped traffic. With 22 laps complete Davenport started to gain on Madden as he fought heavier lapped traffic before the second caution of the race flew just one lap later. As the race continued, Madden still held the point, fighting off challenges from Davenport and Brandon Overton. He [Madden] just had a little bit better race car than I did.