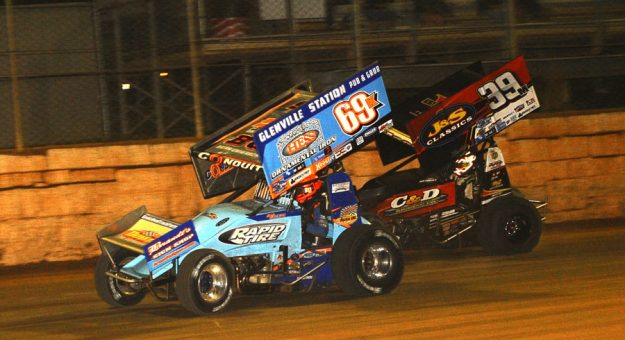 — Anthony Macri used a late race pass to his advantage and held off Lance Dewease to score the Night One victory during the All Star Circuit of Champions Bob Weikert Memorial at Port Royal Speedway on Saturday night. The contact nearly ended his night early on lap 16 when he hit hard in turn’s three and four to hand over the second spot to Dewease. However, Macri quickly regrouped and was all over Dewease for the runner-up spot when the caution flew for Ryan Taylor in turn four with 10 laps remaining. Dewease slid Dietrich for the lead in turn’s three and four until Dietrich slapped the outside guardrail at both ends of the speedway. With four laps remaining, all eyes were up front on Dewease, Macri and Dietrich. Macri used a power move to the bottom of turn’s three and four following the restart to briefly take the lead from Dewease coming to the line, but Dewease was able to cut back under for the lead with three laps to go. However, Macri was just too good off the top in turn’s three and four.