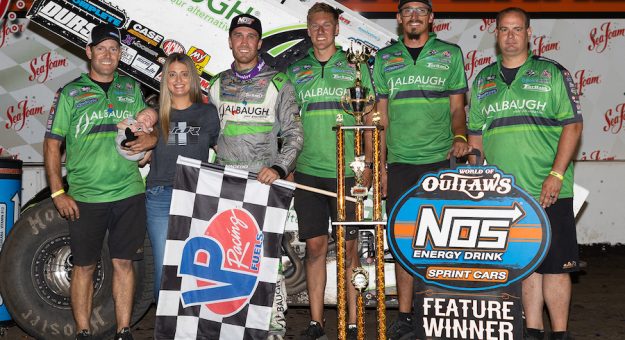 — Exactly four years to the day of Jason Johnson’s passing, Carson Macedo brought the No. Macedo used a little late-race magic to steal the lead from Brian Brown on lap 33 of 35 with $20,000 on the line Friday at Huset’s Speedway. “I think I had a co-pilot in there tonight,” Macedo said. Winning it from the fifth spot, Macedo was far from the story early on in Friday’s 35-lapper. Brown controlled the top spot for another 24 laps until Macedo tossed a big move his way and made it stick to steal the lead with three laps left. “Once I got behind Brown, I was hustling extremely hard, probably too hard,” Macedo contained. “A lot of the credit goes to Danny [Lasoski] tonight,” Brown said.