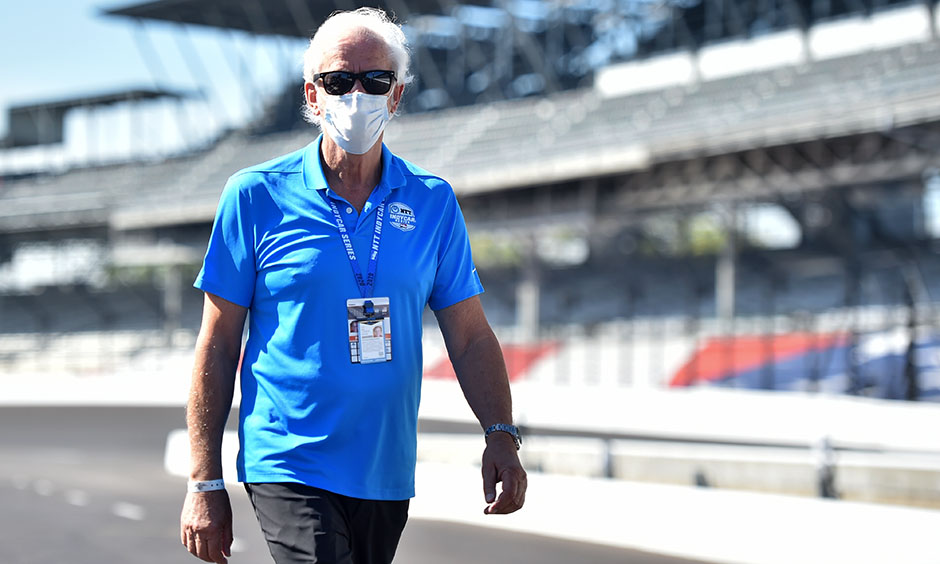 Rinus VeeKay was sitting in the DEX Imaging Media Center last Saturday, answering questions from the media after scoring his first career NTT INDYCAR SERIES win in the GMR Grand Prix on the Indianapolis Motor Speedway road course, when two-time Indianapolis 500 winner Arie Luyendyk rounded the corner. Luyendyk was standing with VeeKay’s parents, Evelien and Marijn van Kalmthout, when the 20-year-old saw Luyendyk. Luyendyk’s dad was one of Marijn’s crewman when VeeKay’s father raced, specifically working on his gearbox. Then in the 1990s, Luyendyk’s son, Arie Luyendyk Jr. raced against Marijn in Formula Ford in the Netherlands. Luyendyk insists his role in VeeKay’s success is overblown, serving more as a family mentor than a driving coach. Luyendyk has given VeeKay personal advice as he grows up in America and helps him navigate what is still a relatively new paddock. Shortly thereafter, Luyendyk watched VeeKay on track and saw a driver charge to his inside. Luyendyk has been an INDYCAR race steward in some form since 2012, when he was part-time before becoming a full-time steward in 2016.