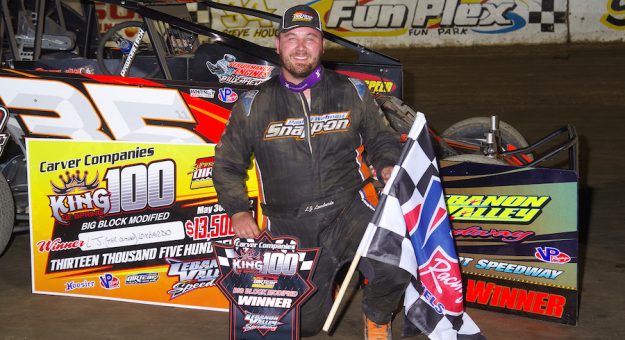 WEST LEBANON, N.Y. — Much to the delight of the modest but highly partisan crowd, Andy Bachetti, who won last fall’s $25,000 Mr. The race’s first caution came on lap 26, when both Haas and Tim Sears Jr slowed on the frontstretch, putting Bachetti alongside the leader for the restart with Johnson and Matt Sheppard right behind them. Lap 37 saw Sunday night’s Weedsport winner, Stewart Friesen, pull up with a flat, with Williamson used the restart to his advantage and shooting down Sheppard and Decker to move to fourth. They then ran in that order through the yellow that saw Bachetti’s demise but on the restart, longtime Valley star Decker blew back by Williamson to cement his position on the podium. I kept trying to get a run on him but he had a really good car.”. I backed up a little there on the start but I managed to get’em back before it was over.