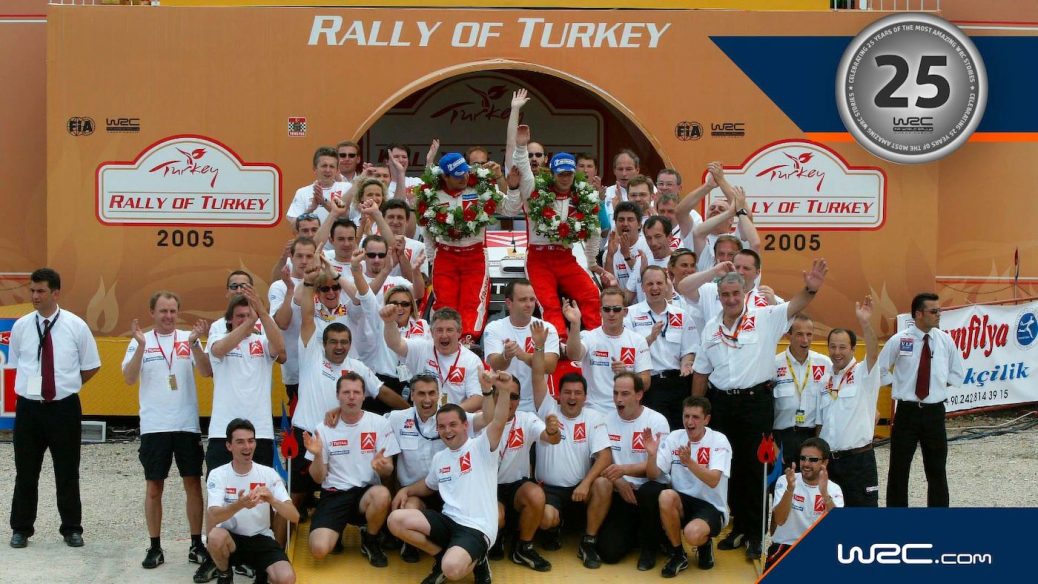 Sébastien Loeb, the world’s media was informed, wouldn’t be attending the post-event FIA press conference. Loeb’s team-mates for the race would be experienced competitors Eric Helary and Soheil Ayari. Fortunately for Loeb, the Rally Turkey itinerary played in his favour with just two stages and a final service at 1230. Having won the event by 59.6 seconds from Subaru’s Petter Solberg, Loeb made for the heli and a change of overalls. “This morning, when I was in the rally,” he said, “everybody was asking me if I was thinking only to Le Mans. Come the race, Loeb was fourth in the warm-up and helped keep the car in a fine fifth place. Loeb returned to Le Mans 12 months later and finished second overall with Pescarolo.