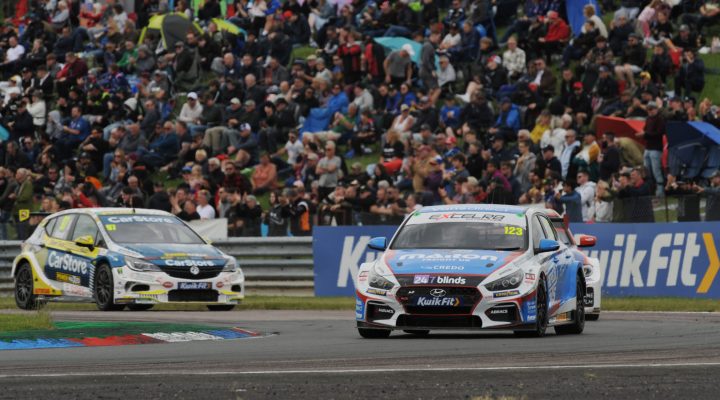 Lloyd lands points in every race so far

Daniel Lloyd enjoyed a trio of strong top ten finishes as the Kwik Fit British Touring Car Championship visited Thruxton last weekend (28/29 May), continuing his run of scoring points in each of the nine races so far this season. Closely missing out on the reverse grid for race three, Lloyd concluded his weekend with another strong top ten finish as he crossed the line in seventh position, marking the third time in his BTCC career that he has scored three top ten finishes across a single race weekend. “So, in that respect it’s been another challenging weekend. However, at the same time, I’m really pleased that we have been able to recover from a tough qualifying session to score three top nine results.”.