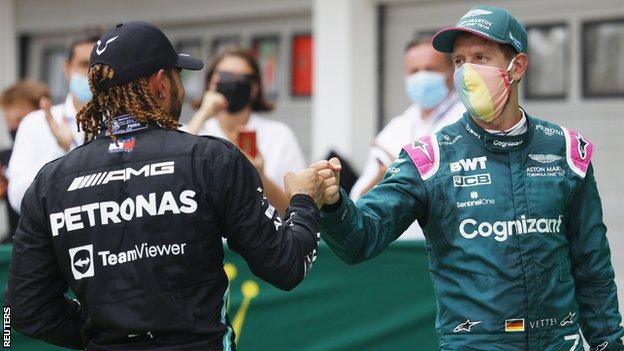 Aston Martin’s Sebastian Vettel was listed as second in the “final” results Sunday night despite being disqualified for a fuel infringement. Aston Martin have indicated their intention to appeal against Vettel’s disqualification but have not yet confirmed whether they will go ahead with it. Vettel was disqualified because officials were unable to take the mandatory one-litre sample of fuel from the car after the race. The FIA said it was possible to pump out only 0.3 litres from the car and that it was no defence to claim no performance advantage was obtained. F1 rules dictate that teams must ensure that a one-litre sample of fuel can be taken from the car at any time during the event.