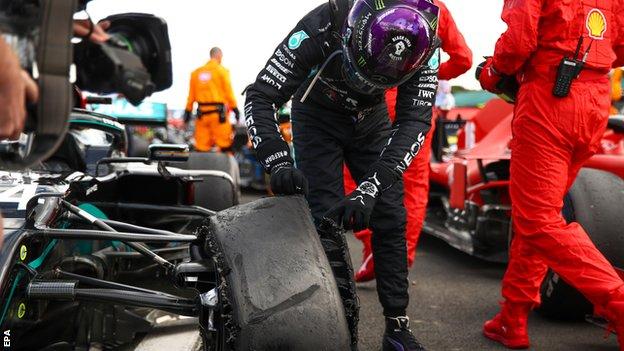 Lewis Hamilton’s British Grand Prix win: ‘The most dramatic ending I can remember’

There has never really felt much doubt about Lewis Hamilton winning this year’s Formula 1 World Championship and there is even less after a previously uneventful British Grand Prix turned on its head in the final two laps. But Hamilton said there was a lot of debris still on the track, and while the Mercedes drivers were managing their tyres while competing, there were clear signs of wear on them. Once the race had settled down, Hamilton and Bottas traded fastest laps, and for most of the afternoon were separated by less than two seconds. But heading into the final 10 laps, Bottas started to fall away. “We were pretty flat chat, to be honest,” Hamilton said. “When you see other cars having punctures and you pitted the same lap it might happen to you as well, so we pitted just to be sure.