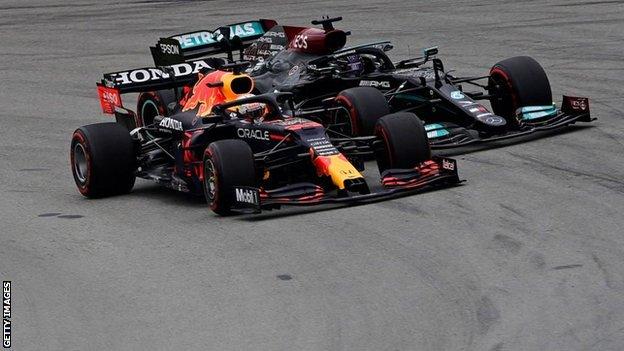 Mercedes were unable to pass Verstappen by stopping first because the second Red Bull of Sergio Perez was just close enough to mean Hamilton would come out behind the Mexican if he stopped. That enabled Verstappen to make his stop first, and Mercedes decided to delay Hamilton’s stop by four laps to give him a tyre advantage. Hamilton rejoined 5.5secs behind the Red Bull but was on its tail within three laps. Then, with 24 laps to go, Mercedes brought Hamilton in again for a new set of tyres, rejoining 22.4secs behind. F1’s computers predicted that Hamilton would catch Verstappen on the last lap, but he was soon lapping nearly two seconds faster than the Red Bull.