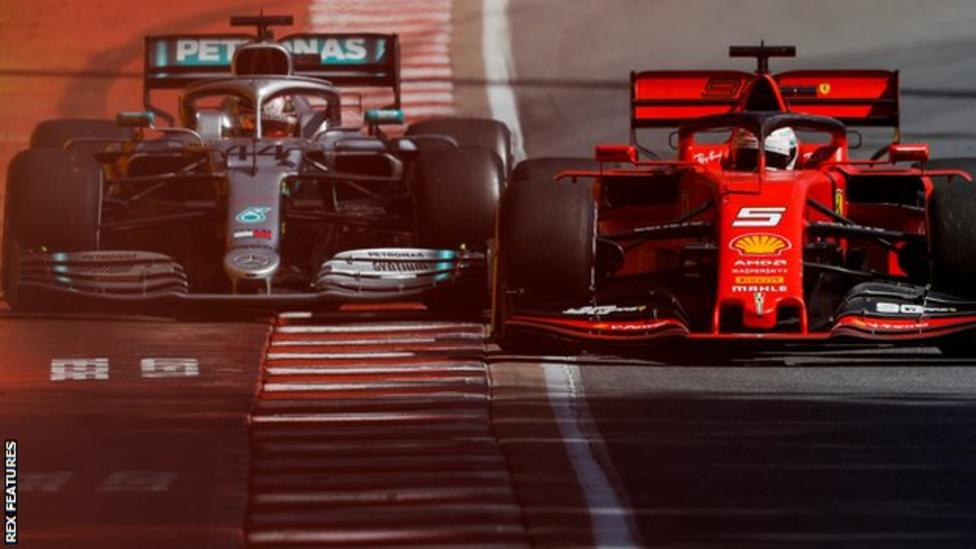 Sebastian Vettel lost victory in the Canadian Grand Prix to Lewis Hamilton after being penalised for dangerous driving against his rival.
The Ferrari driver made a mistake under pressure from the world champion, running wide at Turn Three, and pushed Hamilton wide as he rejoined the track.
Race stewards decided Vettel had rejoined the track unsafely and penalised him five seconds for forcing him off the track.
As he rejoined the track, Hamilton went to overtake him around the outside, but Vettel did not leave him a car’s width on the outside of the track and the Mercedes driver had to back off.