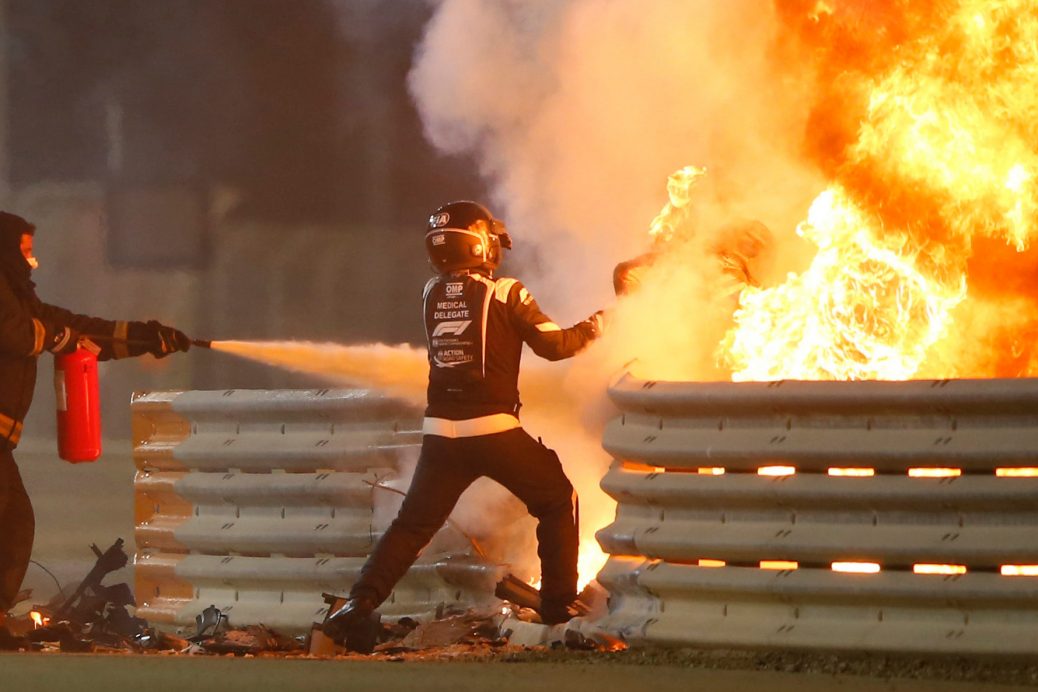 LEWIS HAMILTON was first past the chequered flag yet again – in a Bahrain Grand Prix marred by Romain Grosjean’s terrifying crash. The Haas driver went off the track only seconds into the race having clipped Daniil Kvyat’s Alpha Tauri. Losing control of his car, Grosjean, 34, speared the crash barrier and miraculously walked away from the flaming wreckage. Stroll was, thankfully, kept safe in only the second example of F1’s incredible safety measures of the day. While an innocent passenger in the first crash, Kvyat was handed a ten-second penalty for causing the Stroll flip. Ahead of his likely sabbatical from the sport, Sergio Perez had his second podium in a row snatched from him with a fiery failure that brought out a race-ending safety car.