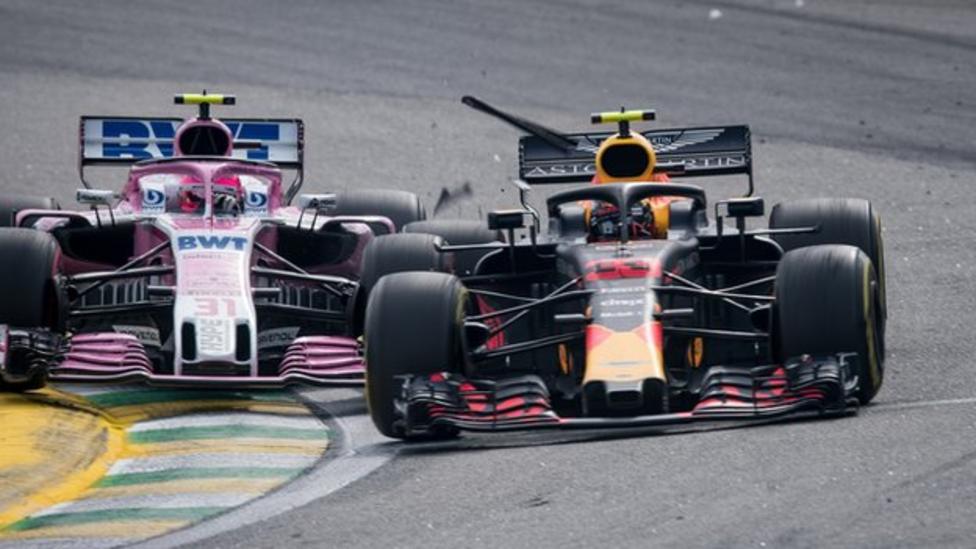 Lewis Hamilton took a lucky win in the Brazilian Grand Prix after Red Bull’s Max Verstappen lost the lead in a collision with a backmarker.
Verstappen remonstrated with Ocon in the driver weighing area afterwards and pushed the Frenchman three times as he expressed his anger at what had happened.
Verstappen had driven superbly from the start, quickly up into second place by lap 10 after passing both Ferraris and then Valtteri Bottas’ Mercedes in succession, and then holding Hamilton’s advantage at about 1.7 seconds.