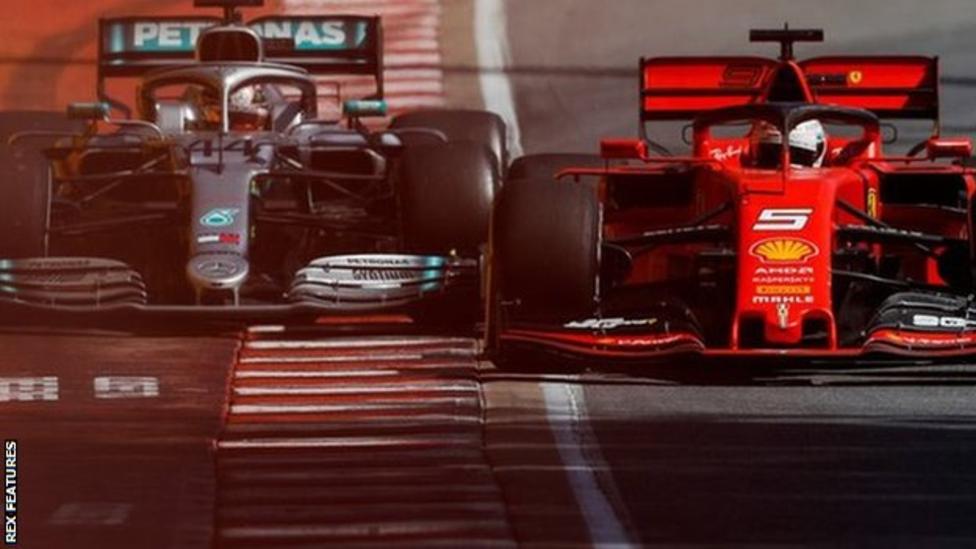 Lewis Hamilton led Valtteri Bottas in a Mercedes one-two in first practice at the French Grand Prix.
Ferrari spent the session trialling upgrades to their car, including a new front wing, that they hope might start moving them towards Mercedes’ pace.
Ferrari will now focus on their right of review hearing into the penalty that cost Vettel victory in the Canadian Grand Prix.
Team-mate Nico Hulkenberg has the new car parts but not the new engine because taking it would have meant a grid penalty and Renault wanted to avoid that at their home race.