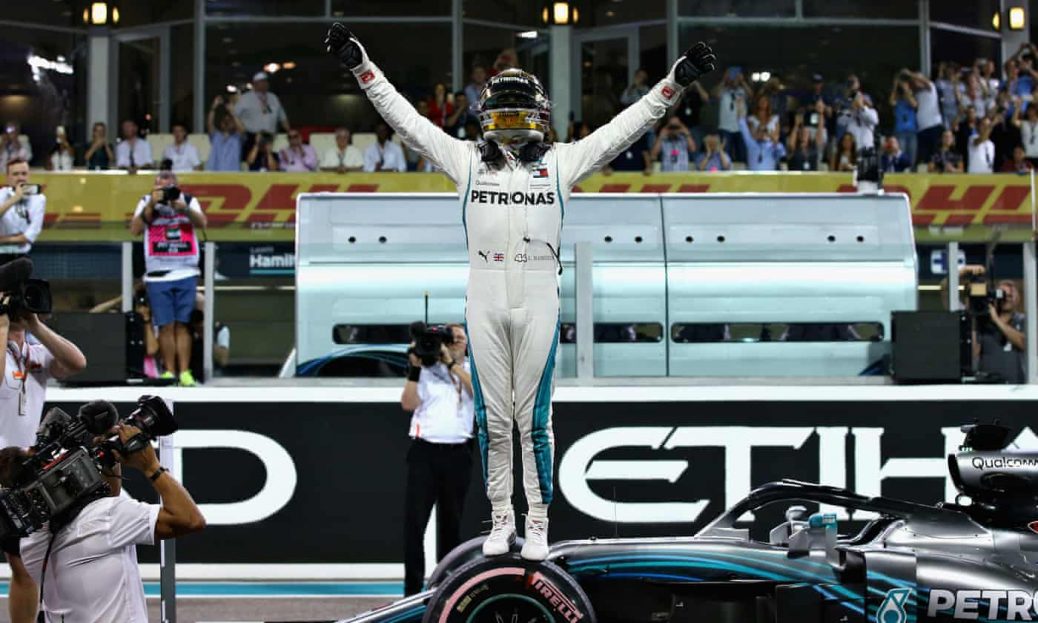 Lewis Hamilton took pole position for the Abu Dhabi Grand Prix, a final brilliant qualifying flourish by the five-times world champion as the season comes to a close at the Yas Marina circuit.
Having already secured his fifth title in Mexico and with Mercedes securing the constructors’ championship at the last round in Brazil, Hamilton’s 11th pole of the season, serves to confirm once again why he and his team have been so successful.
Hamilton, who is wearing a specially designed gold-painted helmet this weekend to celebrate closing the season with both titles, will want to convert pole into a win on a track where he has strong form.