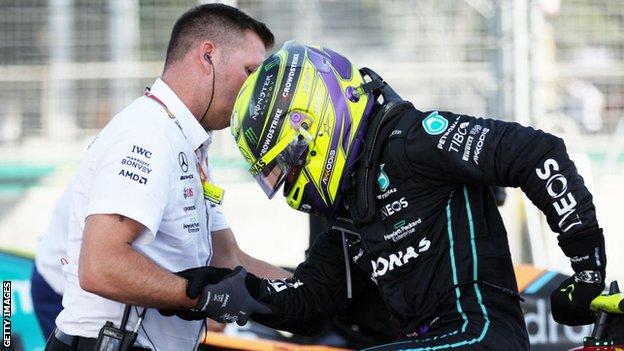 Lewis Hamilton says he will be at the Canadian Grand Prix and “wouldn’t miss it for the world” despite experiencing pain in Sunday’s race in Baku. The Briton had said he was “worried” about the upcoming race in Montreal following what he described as “the toughest race” of his career. The high-speed bouncing of his car meant the Azerbaijan Grand Prix, in which Hamilton finished fourth, was “the most painful” race he has experienced. Team boss Toto Wolff said the driver was “definitely” a doubt for the Canadian Grand Prix following Sunday’s race, but Hamilton tweeted later on Sunday to tell his fans he would see them all next week.