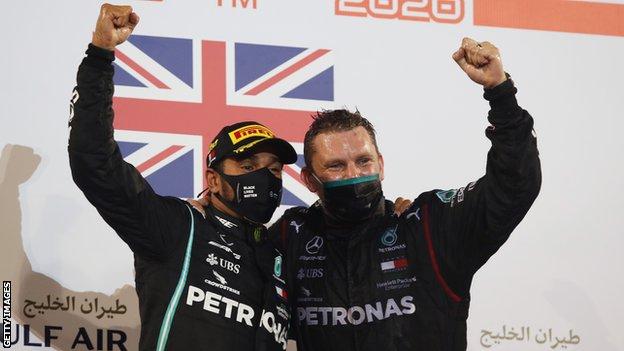 World champion Lewis Hamilton will miss this weekend’s Formula 1 Sakhir Grand Prix in Bahrain after testing positive for coronavirus. His team, Mercedes, said the Briton woke with mild symptoms on Monday and returned a positive result at a subsequent test and again at a retest. Hamilton, who is now self-isolating, won the Bahrain Grand Prix at the same circuit on Sunday. Mercedes say a replacement will be named in due course. Mercedes said Hamilton was tested three times last week, including on Sunday at the Bahrain International Circuit, and returned a negative result on each occasion.