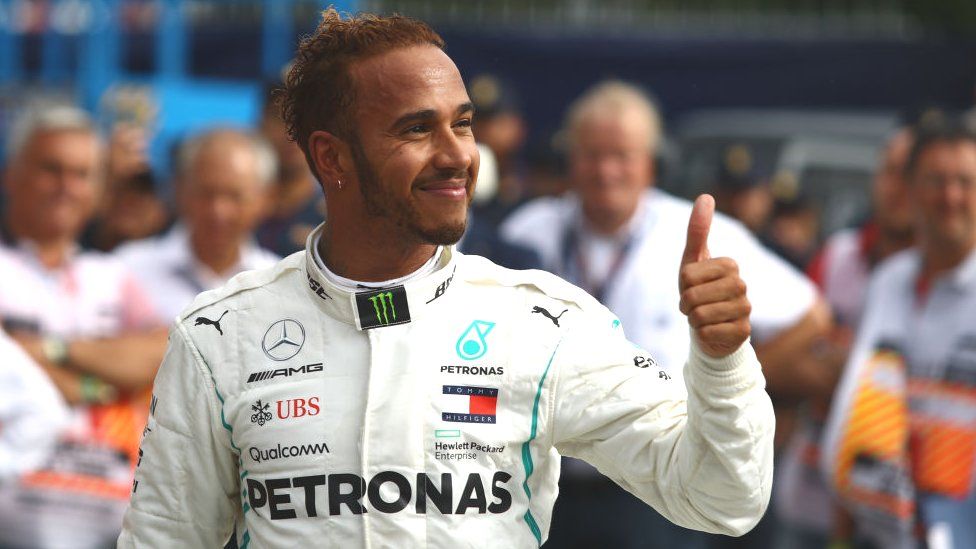 And as he comes home for the 2019 British Grand Prix, Lewis has told Radio 1 Newsbeat that self-belief has helped turn his dreams into reality.
So what would a 12-year-old, squeaky-voiced, kart-racing Lewis Hamilton have said if someone had told him he’d go to the British Grand Prix more than 30 points ahead in the driver’s championship, while chasing a sixth world title?
Of course, I could never have predicted those things, but I truly believed in myself so much when I was young,” Lewis tells Newsbeat in the Silverstone paddock.
Lewis Hamilton: “Believe in yourself and block out all the negative distractions around you.”