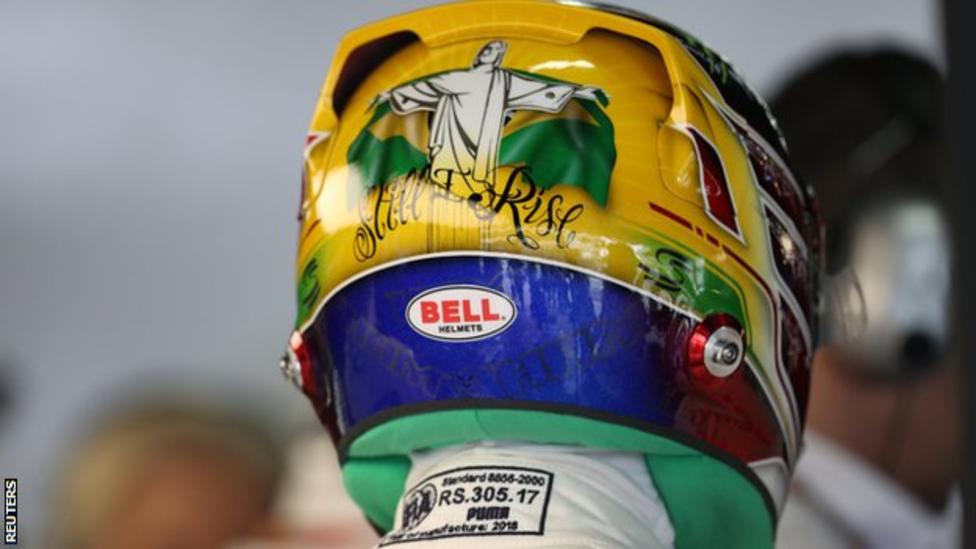 World champion Lewis Hamilton beat Ferrari’s Sebastian Vettel to pole position at the Brazilian Grand Prix.
Hamilton was 0.093 seconds clear of his former title rival at the end of a tight and tense battle, with their team-mates Valtteri Bottas and Kimi Raikkonen next.
Ferrari started qualifying looking to have an edge over Mercedes, but Hamilton prevailed in a difficult session that was affected by light rain at various points during the hour, even if the track was dry at the key moments.
But when it mattered Hamilton just edged him out for his 10th pole of the season.
“That was a tough qualifying session,” Lewis Hamilton said.