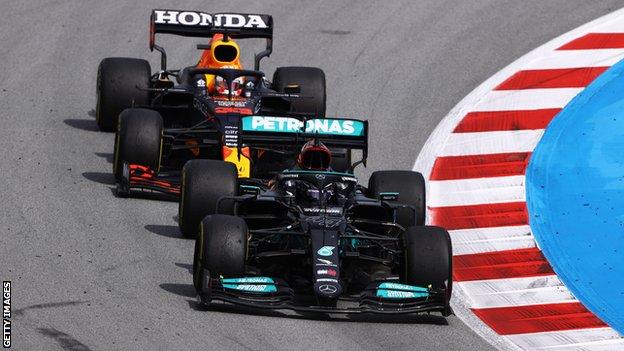 But the way Hamilton and Mercedes are going, you would not rule it out either. At the moment, though, it is Hamilton and Mercedes showing Verstappen and Red Bull how it is done. Mercedes extended Hamilton’s first stint by four laps, giving him fresher tyres than Verstappen for the second stint, on which he again pushed the Red Bull hard. Then, just 14 laps later, Hamilton came in again for that second set of mediums. It was an exact replica of Hamilton’s victory over Verstappen in Hungary two years ago. Then as now, Red Bull insisted at the end of the race that there was nothing they could have done to prevent Hamilton’s victory.