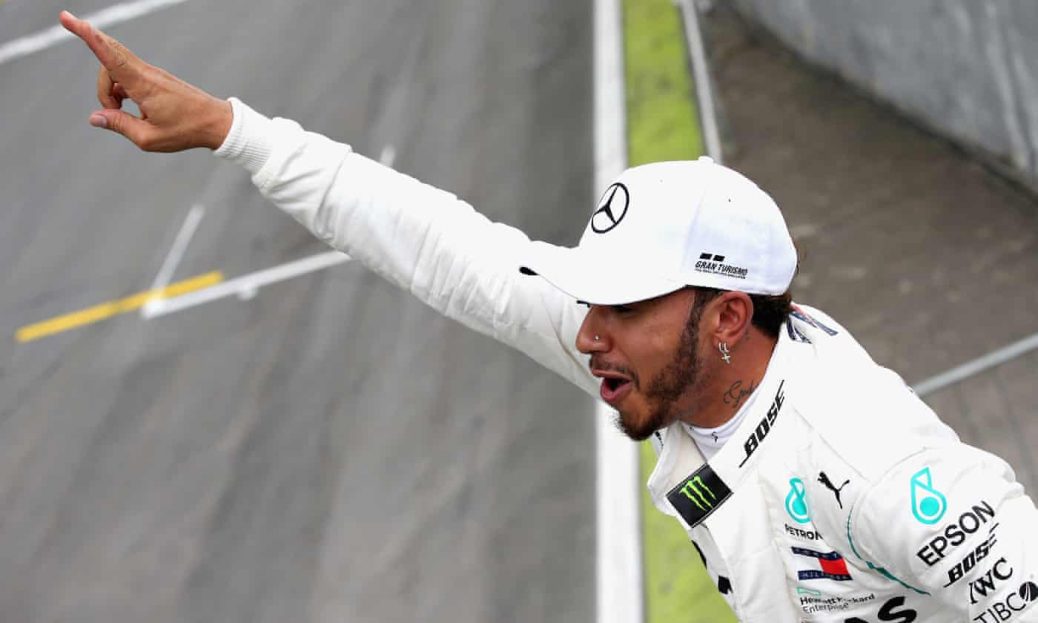 Having sealed his fifth title at the last meeting Lewis Hamilton followed it with a further statement of authority by taking pole for the Brazilian Grand Prix with a peerless lap at Interlagos.
Having secured his fifth title at the last round in Mexico at a race where Mercedes were off the pace, Hamilton’s 10th pole of the season is a strong return to form and the 100th for Mercedes.
Mercedes have yet to clinch the constructors’ championship and Hamilton has been clear he wants to ensure the team do so.
For Hamilton on a personal level he will also want to convert pole into a win.