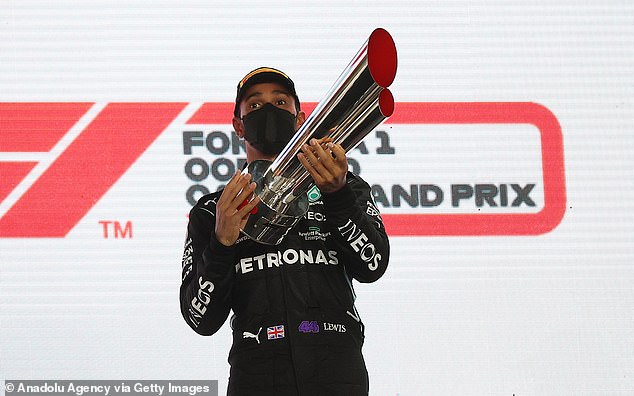 Lewis Hamilton bit back at his critics and said accusing Mercedes of trying to cheat their way to his eighth world title is the ‘worst claim to ever make’. Tensions are running high between Mercedes and Red Bull with Hamilton now just eight points behind championship leader Max Verstappen with two races remaining. Red Bull principal Christian Horner pointed to ‘score’ marks on the rear wing, which saw Hamilton disqualified from qualifying in Brazil because it was too open, the stewards deemed. ‘We all have egos and that’s what controls our emotions, and it is egos fighting each other,’ Hamilton said, as quoted by the Times. It has been a fraught title fight with clashes at Imola, Silverstone and Monza between Hamilton and Verstappen among the stand-outs. In Brazil there was outrage that Verstappen was not punished for forcing Hamilton off the track, adding to the animosity between both sides.