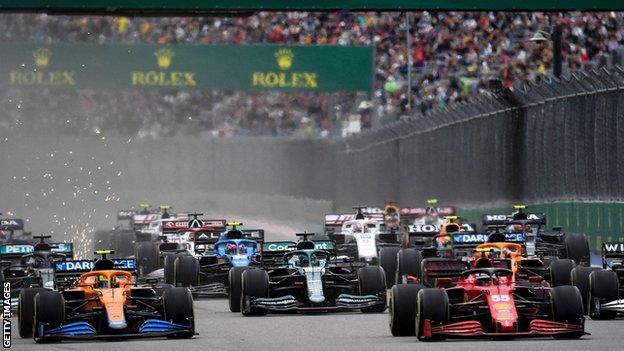 McLaren’s Norris, who took his maiden pole position on Saturday, was leading with five laps to go in his McLaren when it started to rain. Hamilton was also saying it was not raining that heavily, but was advised to come in because more rain was coming. He stopped a lap after Verstappen, with four to go, leaving Norris out in front on his slick tyres as the rain fell increasingly heavily. Hamilton was 14.9 seconds behind Norris a lap after he had stopped, but the rain was by now so bad that the seven-time champion caught the McLaren within five more corners and swept by into the lead. After both Norris and Hamilton had pitted, Norris had a 10-second lead, which the Mercedes driver remorselessly closed. But stopping late on the same lap as Norris meant he dropped down out of the points into 15th.