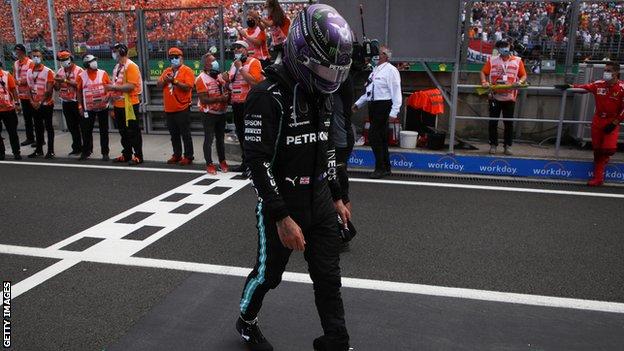 Lewis Hamilton says he has been “fighting all year” with his health, after contracting Covid-19 in December. The seven-time world champion saw his Mercedes team’s doctor with dizziness and blurred vision after finishing third in Sunday’s Hungarian Grand Prix. After finishing third in Sunday’s eventful race at the Hungaroring, won by Alpine’s Esteban Ocon, Hamilton took part in the podium ceremony before seeking medical attention. “I have been fighting all year with my health after what happened at the end of last year and it is still a battle,” he said. Hamilton said he suspected he was suffering from long Covid, which causes people who contract the virus to suffer debilitating health effects for months afterwards.