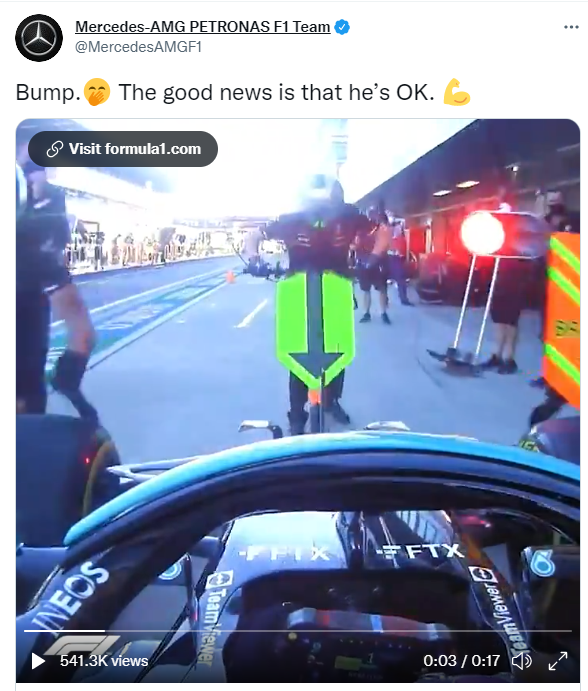 HORRIFIED Lewis Hamilton has apologised for wiping out a mechanic during practice for the Russian Grand Prix. Hamilton says “my heart was in my mouth” after knocking the man over when he broke too late entering Mercedes’ box in the pit lane. The mechanic had stood his ground but scrambled backwards quickly when he realised Hamilton’s car was going to hit him. Britain’s seven-time world F1 champ Hamilton could be heard saying: “Man, Magic, sorry about that. Mercedes confirmed their team member was uninjured, leaving Hamilton to admit just how scared he was by his error. Mercedes added: “For everyone asking, our front jack man is OK.”.