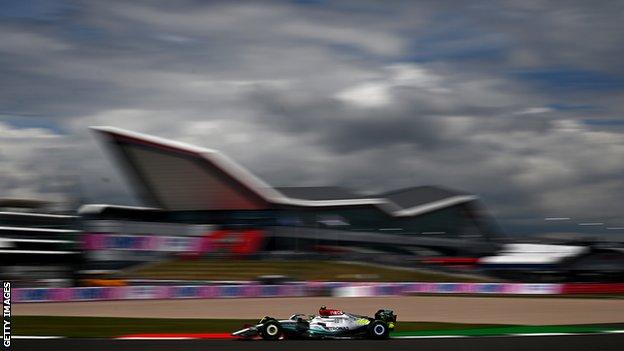 He was 0.176 seconds slower than pace-setter Carlos Sainz’s Ferrari, and ahead of McLaren’s Lando Norris and Red Bull’s Max Verstappen. Leclerc did not do a representative qualifying simulation run on the soft tyres, so his time is not directly comparable with those of Sainz, Hamilton and Verstappen. Red Bull and Sainz ran the soft tyre, and on that the Ferrari was very slightly quicker than Verstappen, who complained his rubber wore out after just two laps. Mercedes also expect the track characteristics at Silverstone to help them make up some ground on front-runners Red Bull and Ferrari. Red Bull and Ferrari also have upgrades for the weekend – both have a new engine cover aimed at improving airflow to the rear and increasing downforce. Verstappen spent the session complaining about a strange noise from the car but as yet Red Bull have given no indication as to what might be causing it.